Navy SEAL SOC Kevin Houston, Barnstable’s own national hero who was killed in Wardak Province, Afghanistan on August 6, 2011, received the honor of being the one and only Barnstable Red Raider athlete in any sport to date to have his number retired. The Number Retirement Ceremony was held this morning before the 88th Annual Thanksgiving Day game. Barnstable defeated Falmouth 34 to 27.

The following pictures of the Number Retirement Ceremony are provided courtesy of State Representative Brian Mannal and his wife Sara, both on hand to honor SOC Kevin Houston’s memory. The pictures are followed by a beautiful poem of thanksgiving composed by Janette Anderson, Gold Star Mother of Navy Seal SOC Kevin Houston. 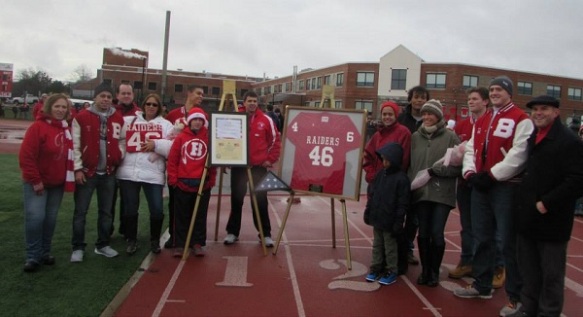 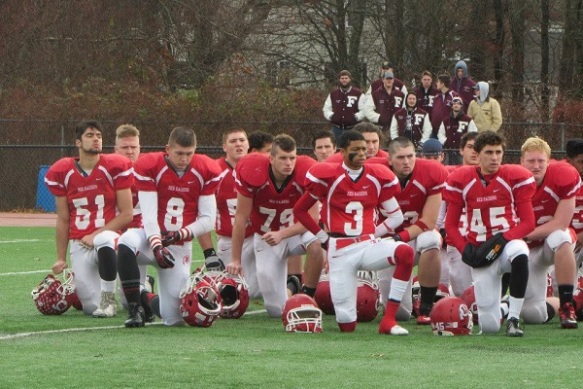 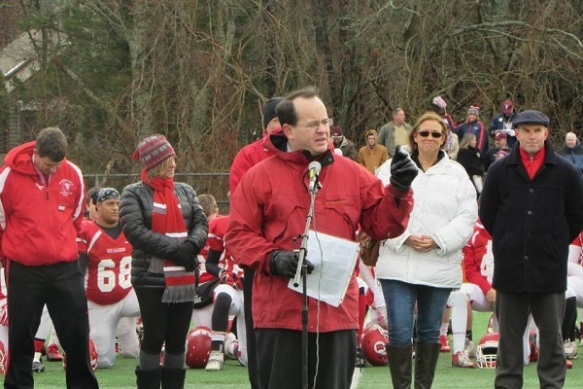 State Representative Brian Mannal speaks in honor of Kevin Houston. As children, the two men were teammates with the Barnstable Silver Bullets. 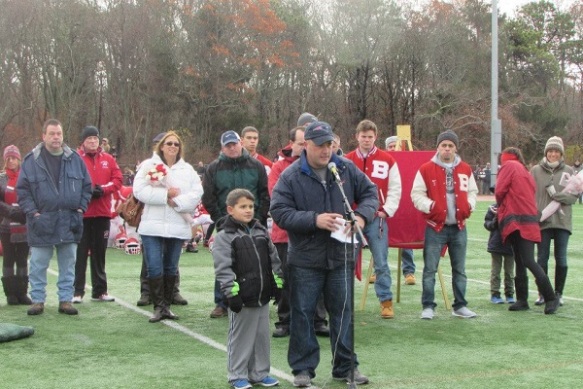 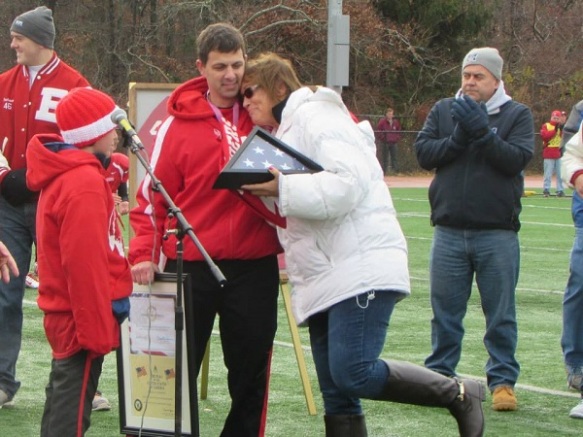 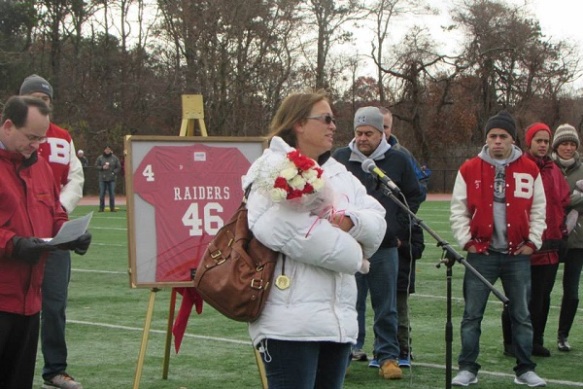 Jan Anderson graciously thanks Barnstable High School, the Barnstable Quarterback Club, and others for retiring her son’s jersey on Thanksgiving Day. 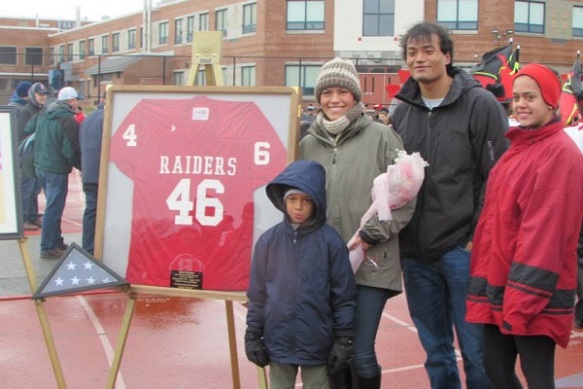 Kevin Houston’s wife, Meiling, and their three children stand proudly beside his retired #46 jersey that will be displayed prominently at Barnstable High School. In honor of her late husband’s heroism, Meiling was presented with a #46 jersey and flowers at the ceremony. 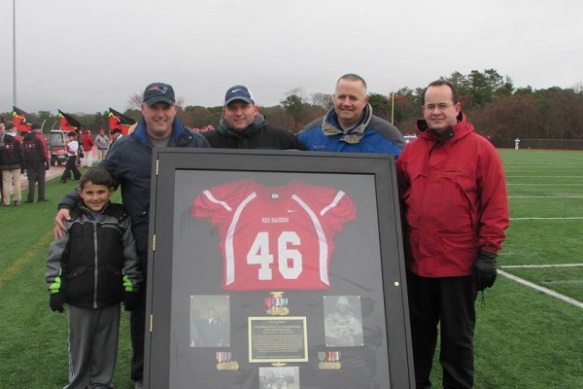 To the years of bleaching the socks and pants
To the hours of practice and coaches rants!
To scrubbing the jerseys with a brush,
And getting off Cape in a hurry and rush!
To the years of cheering til I lost my voice…hey, the kid was good; I had no choice!
From the young boy who found he was fleet of foot to the young man who defended his goal no matter what…
To the memories that lay on the fields of BHS, and to the goose poop that lays on the field at FHS…
To the huge flag that welcomed us as we returned home
Hungry, filthy and exhausted to the bone.
Silver Bullet Saturdays were the best!
BHS Fridays were better than ALL the rest!
Every moment spent in Kevin’s football “career”
Are DEFINITELY moments that I hold VERY dear.
Thank you QBC-you all rock!
Thank you Hall of Fame committee-a tremendous honor!
Proud Gold Star Mom,
Janette Anderson 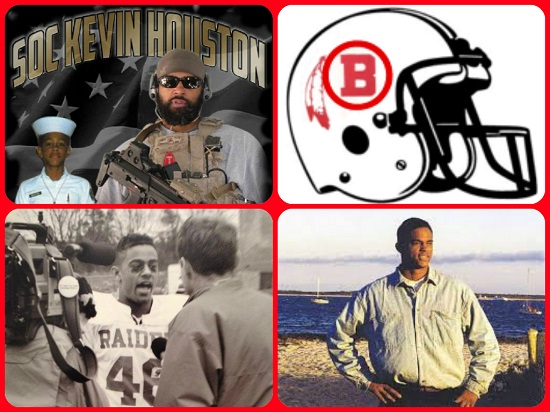