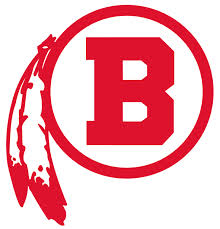 Barnstable Red Raider “Players of the Game” for the Varsity match-up of Barnstable vs. New Bedford on September 30, 2016, were recently announced on MAXPREPS.

“Keaton Bergal’s 94 yards rushing on 17 carries as well as his two receptions for 26 yards, one rushing touchdown and one receiving, combined to register him as the overall player of the game this week in the Red Raiders’ scintillating, 34-8 victory over the longtime rival New Bedford Whalers.”

“Sam Rosen scored a pair of touchdowns – one a 59-yard reception on the Red Raiders’ opening drive and the other a beautiful, 33-yard rush, combined to give him his first offensive Player of the Week Award.”

“Once again Hunter Doherty showed his mettle with six solo tackles including a sack for an 8-yard loss in this big win for the Red & White.”

“Once again a whirlwind on defense, Josh von Staats combined to register three solo tackles and three assisted tackles while captaining the Red Raiders on kickoffs and leading the way with his energy and hustle.”